Sometimes I think that writing is, for me the best way of protesting about the indefensible. 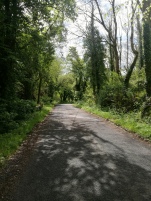 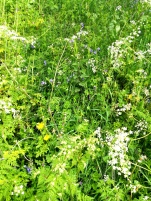 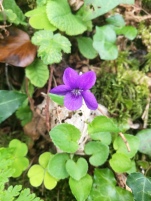 A few days ago the local newspaper, the Impartial Reporter, informed us that The Department of Economy here in Northern Ireland had received an application for a petroleum licence covering an area west of Upper Lough Erne and South of Lower Lough Erne.

We, in Fermanagh and Northern Ireland hoped that fracking would not rear its ugly head again but it has. The communities here fought a successful battle last time, in 2014, but it looks as though a further battle is needed.

This is an area of wild beauty, limestone caves, streams and waterfalls. Native flowers abound. Walking up the lane and along to the quarry that was the focus of the fracking attempt before, there are bluebells, primrose, wild garlic, vetch, clover, cow parsley, herb robert, cranesbill, to name but a few.  Hawthorn is in flower, elder buds are coming out, dandelions, daisies are everywhere.

Fracking should be outlawed in every country. Its threat to land, plant and wildlife and humans is well documented.

Above are a few images of the area that  they sought to frack last time and again, now.

Welcome to my web site!